By Fraser CarsOctober 3, 2019No Comments 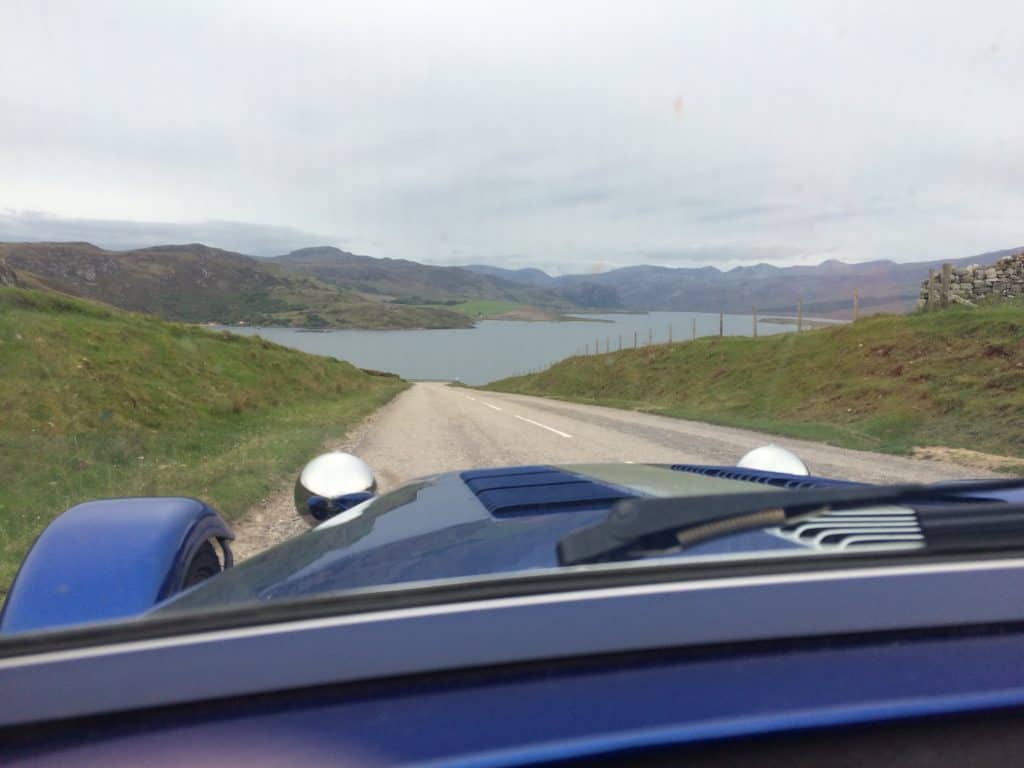 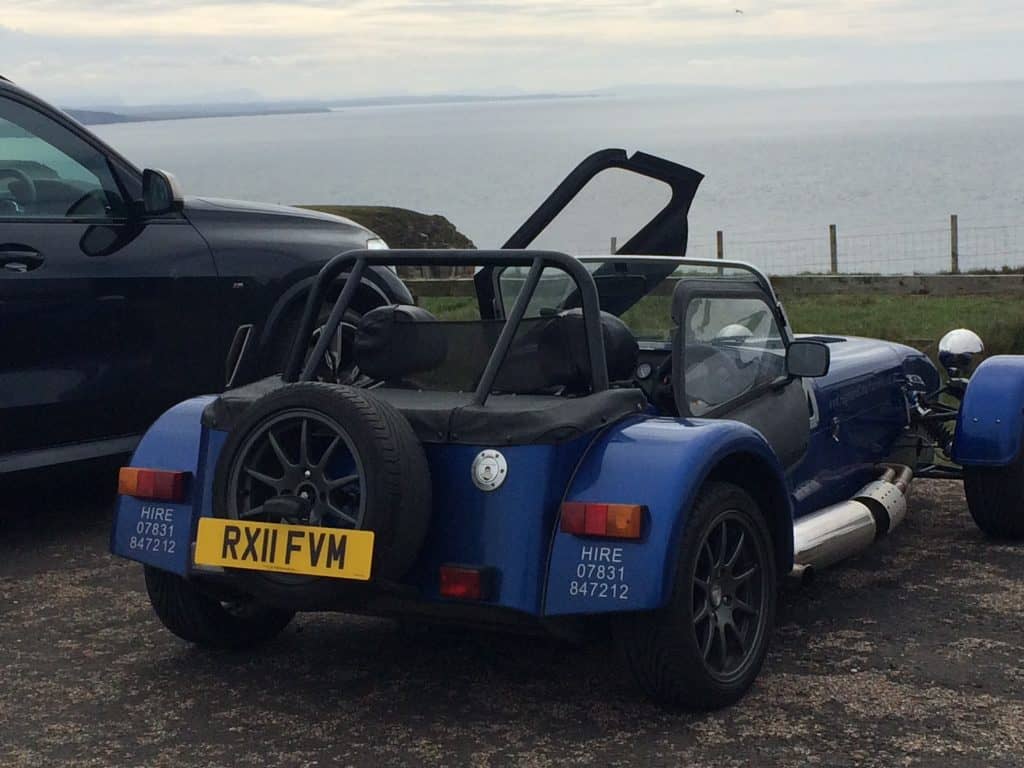 I was planning a trip to the UK, and whilst talking on the phone with a mate over there, I discovered we both had a “thing” about Lotus Seven type cars. I had been driving my partner crazy looking at them on trademe for months, and the upshot of the conversation was that whilst I was over there, we decided we would hire a Caterham and do a road trip.

So we booked a car from Highland Caterham Hire  www.highlandcaterhamhire.co.uk  Boyd Stokes the owner couldn’t have been more helpful, and the communications were easy and prompt from UK to NZ.

Highland Caterham Hire are based in Elgin in Scotland, I was staying with friends near Cheltenham in Gloucestershire, and so we had quite a road trip to Elgin 800 plus kms each way in fact! Driving through the night and taking it in turns to sleep we arrived at Boyd’s HQ at 8.30 in the morning.

Boyd was very welcoming, and very professional. He gave good advice which was welcome as neither of us had driven a seven type before!

The car we had selected was a 2011 Roadsport SV, powered with a 1.6 ford sigma engine giving 125 hp through a 5-speed type 9 gearbox. Highland Caterham hire also offer several types of car including the mighty CSR 200, and several others.

As we were sharing the driving, and frequently changing seats the standard seatbelts were welcome. As was the wet weather gear, as it rained almost constantly!

The route we had chosen to do was the North Coast 500, which starts officially in Inverness, and goes around the coast of Northern Scotland and back to Inverness.

Day one we drove from Elgin up the East Coast to the charmingly named Kyle of Tongue, stopping at John O’Groats, and Dunnet head on the way. Hotels were full (the route is popular) so we stayed in B and B’s throughout the trip. Day two was down the spectacular West Coast to Glenelg, where we had an extraordinary evening at the Glenelg Inn.

Day three we crossed on the tiny ferry to Skye (quite a challenge in such a low car manoeuvring over prominent ring bolts!) and then drove around Skye staying the night at another B and B at Uig, and another memorable meal at the Uig Hotel. Day four was a return trip to Elgin, leaving Skye via the bridge this time, and driving down the bank of Loch Ness to Inverness, and Elgin.

Over the four days we had the car we travelled 880 miles (1416km). Mostly in the rain, through spectacular scenery, on wonderful roads. The car was fantastic, and we were grateful for the roof, windows, and heated screen, to keep us dry(ish!).

All in all it was a fantastic experience, and one I would recommend to anyone who loves these cars, and the scenery of the Highlands.

The upshot of this is that on returning to NZ in June I kept looking for Sevens for sale, and was lucky enough to be able to purchase a Fraser in August, which though a 2009 vintage is in new condition only having travelled 4500km at time of purchase, though as I’m sure you will all understand I’ve done quite a few kms since then!