Gentle Annie | One of the Top 10 Roads in New Zealand 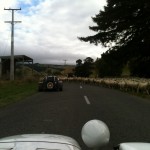 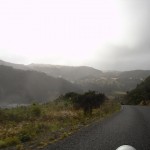 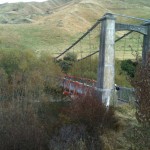 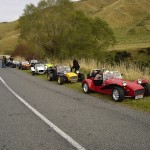 The Fraser Car Club run had been announced we were off to do the ‘Gentle Annie’ Rd. One of our knowledgeable Club members had had word that it was now completely sealed between Taihape and Hastings.

I had spoken to a few people about the ‘Gentle Annie’ Rd before heading off and it seems to have quite a history as a rally road and many people have good memories about driving up and over the hill. We were looking forward to it. So arrangements made, we packed DMOFSR on Friday morning and we were off.

Ida had to miss this one out as we were short on grand parents this particular weekend so Bruce and I heading to the meeting point at Whatawhata, west of Hamilton. From there we had a great run through the back of Taupo and Taumarunui and onto Waiouru and then to Taihape where we stayed the night. It was a good run down and there were a few laughs and beers had on Friday night. We picked up the other cars on Saturday morning and headed to Gentle Annie.

Off we went and almost instantly the road was blocked with sheep. So after slowly making our way through the sheep we continued on. It can be a little un-nerving driving through livestock in a small car, Bruce and I were sure that some of them were sizing up the car and were making the decision as to if they could take it on. After the sheep the road winds up and down until we were up in the clouds with mist and a slight drizzle. The view was amazing, we could have been driving through the highlands in Scotland, it’s right in the middle of nowhere. This is a great piece of road and I can see why it was used as a rally road for a number of years. It should be on the to drive list of anyone that enjoys driving. After 160km of fun we arrived in Hastings and onto Havelock North for a bite to eat and to talk about the great drive we had been on.

Bruce and I split from the group at this stage as the majority of them were heading south in search of more roads. We continued on back through Hastings and onto Taupo for the night.

Sunday arrived and Bruce had some more driving planned. Off through the western side of Taupo through to Whakamaru, Ohaupo, Ngaruawahia and then pop on to state highway 1 at Mercer. All in all we managed to do 1105km, use approx 90 litres of fuel, spend 90% of travelling time off the main highways and experience some fantastic scenery.

You can read more about the Springvale Bridge here