I was delighted to find this crafted note in my inbox today.

Well,  after watching the White Demon, 4AGE 20V Blacktop,  pull away from me at Taupo,  earlier this year, down the small straights while carrying two large gentlemen versus just me, smallish,  I was concerned my  4AGE 20V Silvertop wasn’t performing properly at the top end.!!!  Most frustrating……

I found out why during the lunch time break when we popped the bonnet to check fluid levels. I casually brushed my hand over the Air Filter and nearly received a burn!

It was very very hot. Plainly I had been ingesting super heated air all morning.  Nothing much could be done there and then but to concentrate on racing line, cornering and gear changes for the rest of the day ( which was extremely enjoyable!! ) while trying to ignore the diminishing rear view of Whitey in the distance.

As my engine install is pretty standard the AFM and intake area is over on the “hot” exhaust side of the engine bay so building some sort of cold air box should fix the problem.

As you can see by the pictures a fairly neat solution was worked out after discussing with Scott. So I went away and made a cardboard pattern which was cut and bent at Fraser cars.

After fettling and making a gasket with soft sponge rubber where contact is made with the bonnet, installing some Rivnuts I  installed it with little effort.  In fact now, the whole AFM, filter and intake tubing are more firmly held than before.

Last job was to return the bonnet to Fraser’s to have a stylish intake slot cut and internal channel fitted.  Bruce ( at Fraser cars ) did this and has made a fantastic job, all highly polished and looking very aircraft standard !!!.

So, Scott, do I really have to wait until Febuary next year to blow whitey’s socks off??  Huh??? 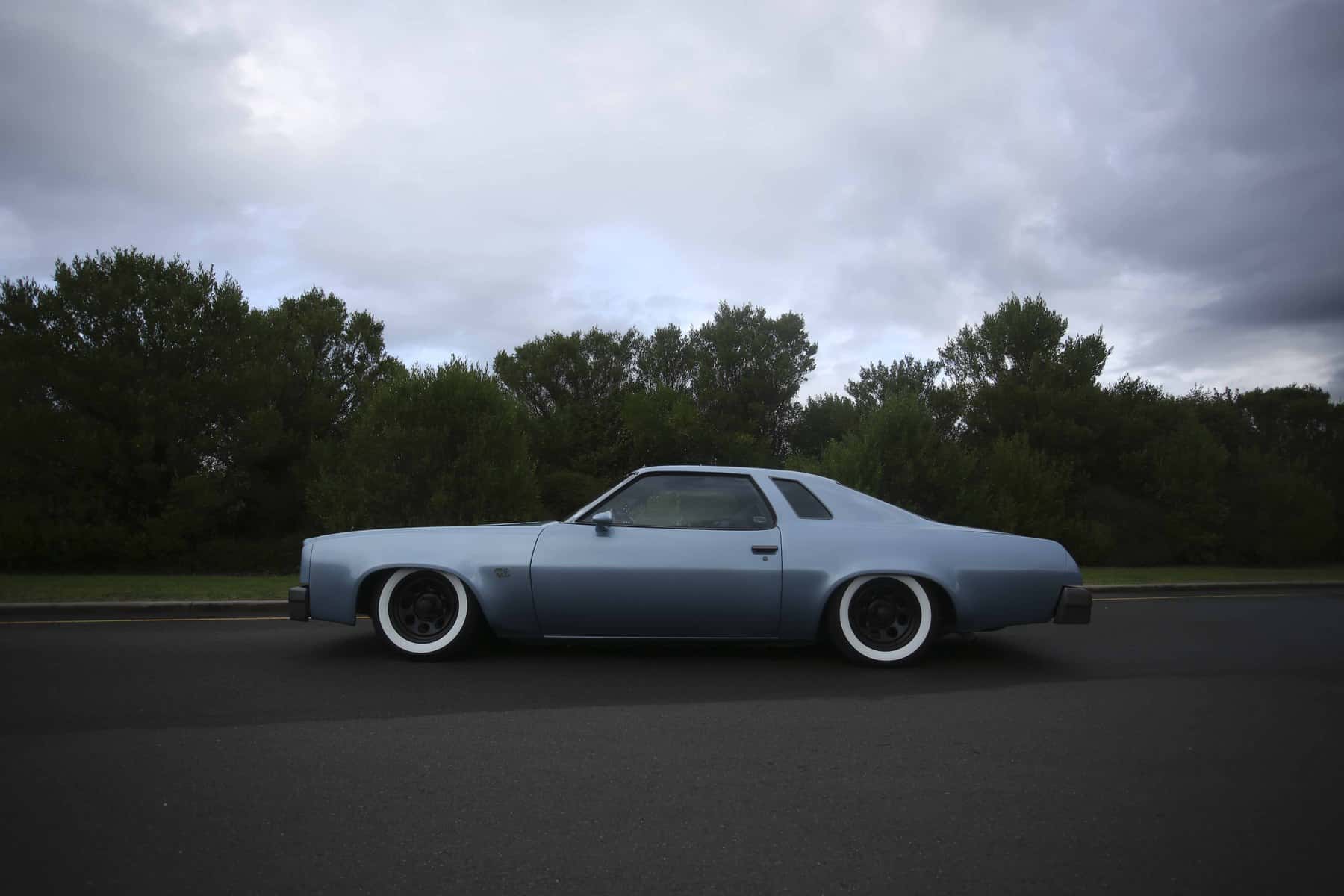