Gary (the Auckland Fraser Car Club rep) organised a navigation run last weekend.  I still giggle when I think about it, so it’s worth a candid report.

Around 12 clubmans met at the southern BP for a Sunday trip around the countryside. Gary is ex Airforce, so we left 11:30am on the dot and arrived at our destination 8 minutes early (enough time to have a chat and head on inside for a drink and bite to eat, anyway I digress).

We all were given our maps and directions.  Nice and simple <insert Tui add here> – if you don’t get that joke you will by the time you have finished reading this. 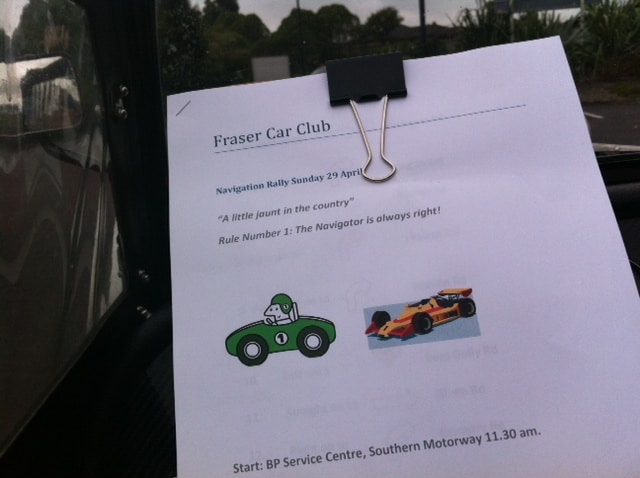 So we headed off one at a time, whilst the drivers eyes were on the road the navigators sat smugly looking at the directions which states ‘the navigator is always right’.  First direction easy; leave BP, second; take first exit, then turn right.  Done, simple I thought, this will be a piece of cake.  Next instruction straight and then named 3 roads, okay, I will keep an eye out on the name changes along the stretch of road we’re headed down.  We travel ahead and a sign to the right names the second road on the ‘straight ahead list’
Scott: we need to turn right
Ida: Gary has said straight, we need to go straight
Scott: but it is on the right
Ida: the navigator is always right *grimace, hoping like heck*

With that we see another Fraser heading back the way we had just come from.  We travel another kilometre or so
Ida: turn around and take that turn where you saw the road sign
Scott: but you said straight ahead
Ida: but the navigator is always right

That set the scene for the rest of the trip. We came to a direction where we were meant to turn right and met up with two other cars (including the person who wrote the navigation run), if he didn’t know where he was going, who did? 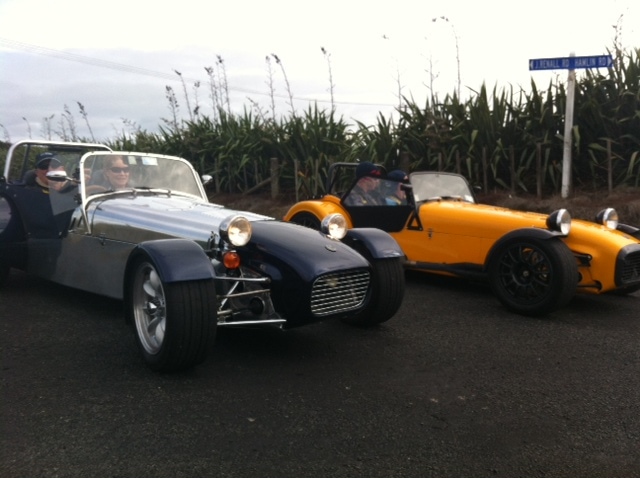 We barreled straight through rather than right and it turned out to be correct. Then we hit the gravel, awesome rally moment.  Others were a little more cautious through that section. I can’t remember exactly when, but there was a section that took us through a lot of cow sh*t. The car was covered
Scott: what’s that?  Is is poo? Touches fresh brown ‘mud’ and sniffs
Ida: Ewwwwwww I can’t believe you just touched that, let alone sniffed it
Scott: is it on my face?
Ida: well it’s on your hand and may as well be on your nose *crying with laughter*
It was on guards, on roll-bar, on hats, on dash, on jackets and yes, there was a little on us. The cows had been busy on that part of the road.

We arrived at the final destination after deciding to ignore all arrows, straight aheads and general directions and purely look out for the street names.  Just as well, here’s one of the last navigation instructions. 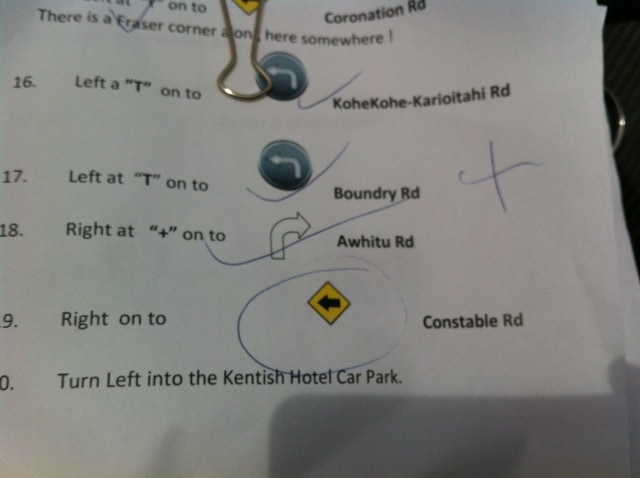 Everybody made it back. Some took some time. It was obvious who hadn’t completed the whole run, they had clean cars, the rest of ours were dirty to say the least. A brilliant run, great turnout and an unforgettable day. Many thanks for organising it Gary and thanks to all that took part.

Here’s a couple of photos along the way, stunning scenery and roads. 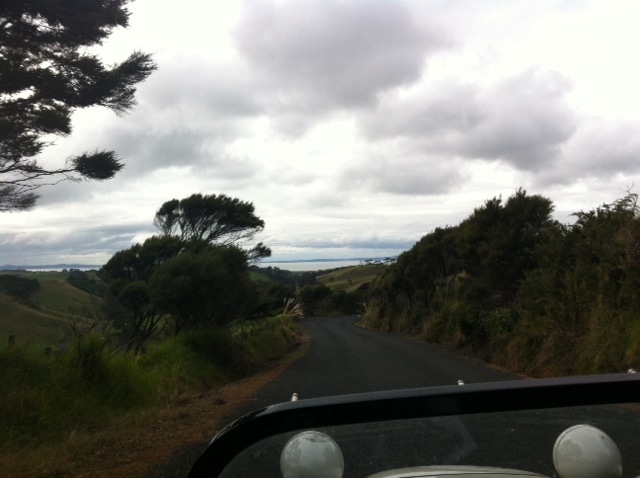 If you’re interested in joining the Fraser Car Club email laterron@gmail.com it’s the best $25 you’ll spend in a year.